Doing it in the open: Michael Nielsen at Science 2.0

How is the Internet changing the way scientists do science? The Science 2.0 conference attempted to give some answers to that question yesterday.

Greg Wilson (that’s him at the front) has been running a Software Carpentry course for the last few weeks and yesterday’s conference pulled in a bunch of guest lecturers to give some closing thoughts.

Doing it in the open

For most people in the audience, the fact that Michael Nielsen experienced projector troubles and had to be rescheduled to the end of the afternoon was a minor nuisance. For me, it meant that even though I showed up near the end of the conference, I still got to hear him. Fortuitous — it was one of the most interesting talks I’ve heard in a while. In fact, it was so interesting that I even forgot to take photos.

Doing Science in the Open: How Online Tools are Changing Scientific Discovery

Michael Nielsen is writer who’s been spending a lot of time thinking about open science and mass online collaboration. He began by highlighting a post on mathematician Terence Tao’s blog that outlined the Navier-Stokes problem and sketched a few techniques that might be used to solve it. “This is not your typical BoingBoing post,” said Michael. It’s a heavy, sprawling post but most interestingly, it sparked a conversation that at the latest count has 129 comments including contributions from some of the heaviest heavyweights in the math world. And the debate is still raging two years later, both in the comments and the other blog posts that have linked to it. The kicker: “This guy is pumping these posts out, over and over again.”

But it’s not just Tao. About 10% of living Fields medallists have blogs. Many others are pushing the boundaries of blog and wiki software with great success.

(Ironically, the LaTeX encoding that has allowed mathematicians to use math formulas in blog posts on wordpress.com was added almost as an afterthought. A developer announced that he was installing the plugin but joked that it’s a “niche feature that maybe 17 people would use regularly”. Little did he know…)

So what’s actually going on? Nielsen argues that we’re seeing a restructuring of where experts focus their attention — and attention is the ultimate scare resource in science.
These online tools facilitate small insights that couldn’t be published in a conventional way but contain the seeds to later progress. In this sense, it’s a way of scaling up scientific conversation, both across space (geographically over the Internet), and time (remember the comments on the Terrence Tao post have been going strong for two years).

As someone in the audience asked, with this massively collaborative way of doing science, who gets the credit for achievements? Michael asked a related question: “Who sequenced the human genome?” It definitely wasn’t the result of a few people. In the future, the concept of authorship might be trumped by a culture of recommendations. Besides, if science is done in the open, you could lie about your contribution but all claims would be trivial to verify.

He ended his talk with a great anecdote — probably not quite historically accurate — about how Michael Faraday was asked by Queen Victoria “what the point of electricity is” after he explained the concept. His reply: “of what use is a newborn baby?” None of us know quite how the Internet will change science but Science 2.0 values the process of sense-making rather than simply pumping out theorems. Online tools enable these conversations to happen.

Needless to say, I’m excited to read his upcoming book which will be an expansion of what he’s been talking about now.

Unfortunately, I didn’t get to hear all the talks but some other people did. Steve Easterbrook was liveblogging it and has good notes from everything. Milan Davidovic also has some notes. And of course, there’s the twitter stream. Here are all the blurbs

And a few more photos:

Jon Udell gave the closing talk on “Collaborative Curation of Public Events,” another great talk that I might write about at some point… 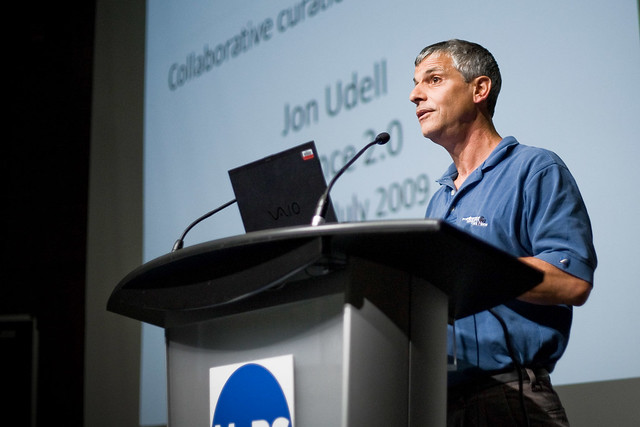 One of my favourite examples from his talk. A high school that said “We posted weekly.pdf to our website. Isn’t that good enough?” 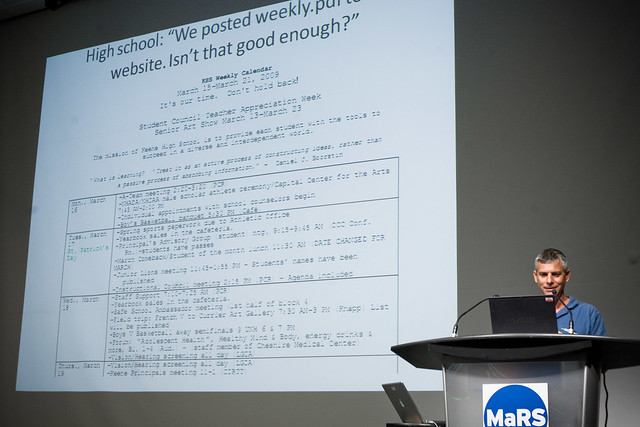 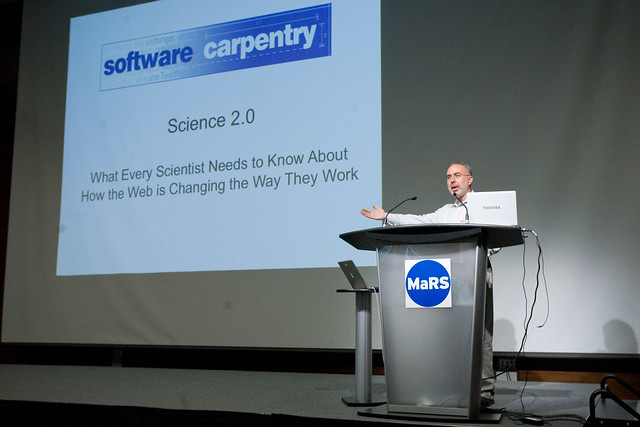 And the attendees at the end of long day. 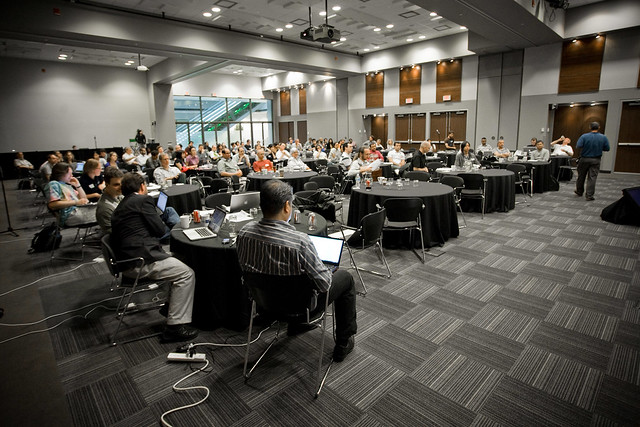 This post was published on July 30, 2009 in Travels. It is tagged with: science, event, Toronto.

Hohoto 3.0: The one year anniversary edition