Decades before Vannevar Bush published his ideas for a Memex, Buckminster Fuller had started his lifelong project of documenting as much of his life as possible.

He used a series of scrapbooks to record notes and collect artifacts from each of his waking moments (of which there were many — he didn’t sleep very much). He called the system the Dymaxion Chronofile, starting it in 1920 and documenting continuously in 15-minute increments until his death in 1983. 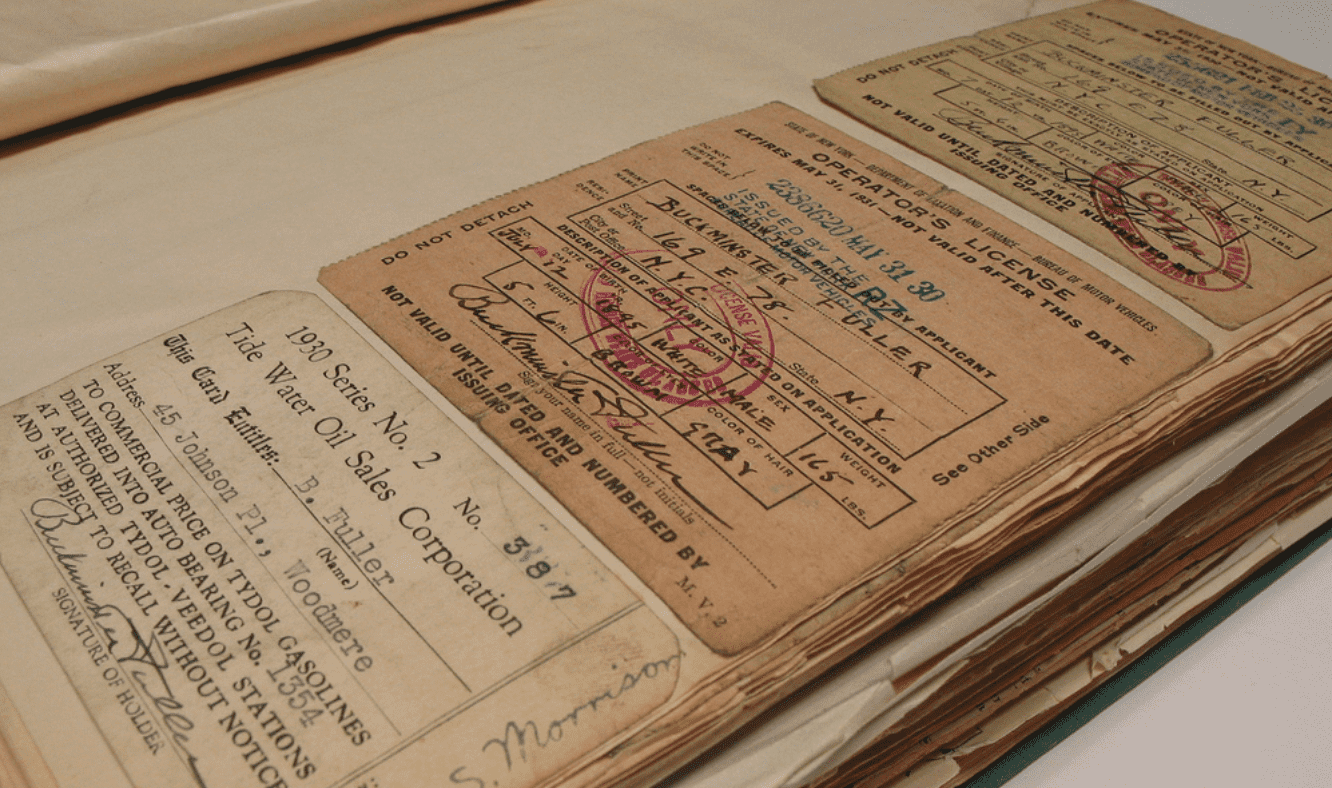 Everything went in. He put in his love letters (even photocopying his replies and including them before sending them out). He included tens of thousands of photos, movies, and documents. He even put in his parking tickets, receipts and bills. In aggregate, the collection weighed 45 tons.

After he died in 1983, the archives were in limbo but they were eventually driven over in a few trucks to Stanford where it’s now part of their library. 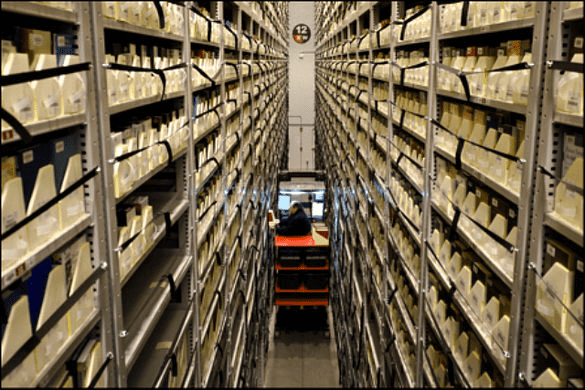 Fuller was a master at mythologizing his life and when people talk about “the most documented human life in history”, it’s very much part of an image he deliberately cultivated. But now that historians have been able to start combing through his Chronofile, the records ironically reveal problems with his narratives:

Fuller folded the Chronofile into his personal myth, alluding to it as evidence of his commitment to total autobiographical objectivity. Since his death, the Chronofile has ironically revealed how little of his life story conformed to fact.

Fuller lived a bold life but it’s hard to point to significant long-lasting contributions — his car was a flop, his geodesic domes leaked, and a joke made about his long-winded lectures was about an attendee commenting to another: “It was great! What did he say?”

But with the Chronofile, I love the idea of someone doing something weird and ambitious and sticking with it for a whole lifetime. I like how author Elizabeth Kolbert put it:

In the end, Fuller’s greatest accomplishment may consist not in any particular idea or artifact but in the whole unlikely experiment that was Guinea Pig B [a nickname he used for himself, “B” standing for “Bucky”]

When I first read read about the Buckminster Fuller’s Chronofile a few years ago, I liked the ‘“chrono” prefix and I combined it with “base” to form “chronobase.” A database for your life, organized around time.

As we all know from the computer science joke, naming things is hard. For ages, I’ve got away with calling what I’m working on “my Memex” but alas, trying to build an app forces a commitment to a particular name. “Chronobase” was as good a name as any so I’m going with it. Most importantly, the .com was available so I snagged it.

Building an app also forces you to create a logo for the app icon. I whipped this up this week:

Eventually, I’ll probably have to come up with something that’s a bit more evocative — this is just a database symbol in a circle.

As mentioned, the app now has a provisional name and icon. But more importantly, this week I improved the onboarding process by allowing oauth connections go outside the app, connect to a third-party service, and then pass back the authentication to the app. On a technical level, this means I don’t have to bundle all my oauth app secrets into the app and can offer a centralized authentication service to make onboarding as smooth as possible. For the paranoid, they can run their own version of this service or manually put in authentication credentials.

Mapbox finally released their heatmap feature for their embedded maps service and it’s pretty slick. Unlike embedded Google Maps, it uses webgl so it can do things like smooth zooming and GPU-based animations and layering.

Here’s a query of where I’ve spent money in Toronto, plotted with the new heatmap functionality:

I’m heading to London, Amsterdam, and Rome for a few weeks at the end of the month. If you know any people or meetups that might appreciate hearing about what I’m working on, let me know!

This post was published on October 14, 2017 in Memex. It is tagged with: Buckminster Fuller, logging, history.