Javascript tries to keep the Memex down

I spent the majority of the last week feeling hopelessly overwhelmed by javascript and wondering if my tech skills had fallen off the wagon of relevance.

A reminder of what I’m working towards: I want an easily-installable version of the Memex so I can start the virtuous cycle that comes from users and feedback. The quickest path to that is 1) running the API in Docker and 2) an OSX app that will provide the interface, orchestrate the Docker scripts, and control the importers. I worked on the latter this week.

Electron is a framework for building desktop apps using html/css/js. It easily wraps an existing single page app and gives you additional APIs for interacting with the operating system using Node.

Unfortunately, the Node ecosystem is a steaming mountain of garbage (alternatively, I just don’t deeply understand javascript; probably a bit of both). Half my time this week was spent fighting Node, figuring out how to resolve incompatible packages, and deciphering unhelpful stack traces. Frequently, the solution to a problem was several rounds of rm -rf node_modules and reinstalling everything and things would mysteriously work the third or fourth time around. There’s no satisfaction when you get something to work but don’t understand why. 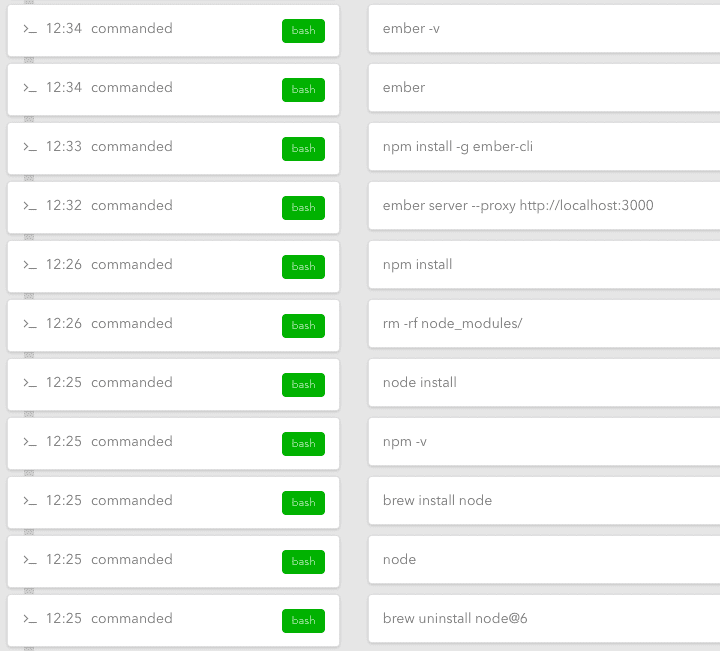 By the end of the week though, I feel I’m now at a point where I have a pretty good handle on Electron and have that invincible feeling of knowing exactly how to build what I want to build. The highs and lows of programming!

What I got done this week:

What I have to do next:

I didn’t read much about the Memex this week but I finished this book about racial housing segregation and it was incredible.